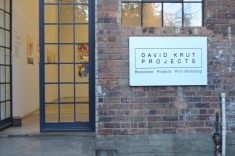 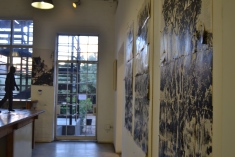 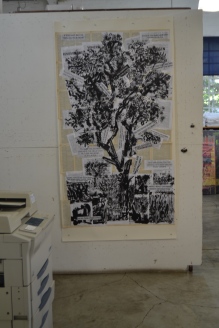 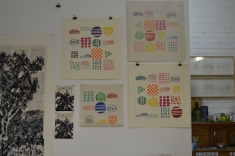 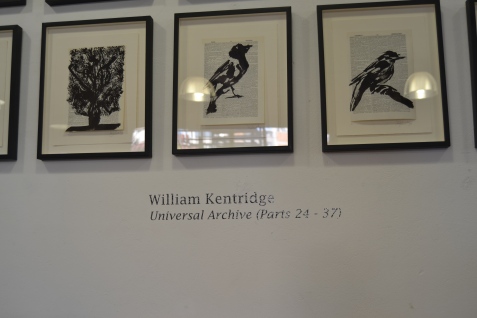 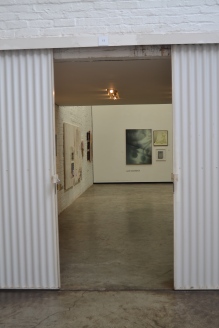 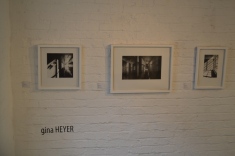 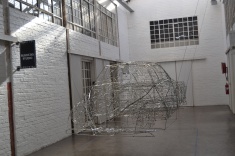 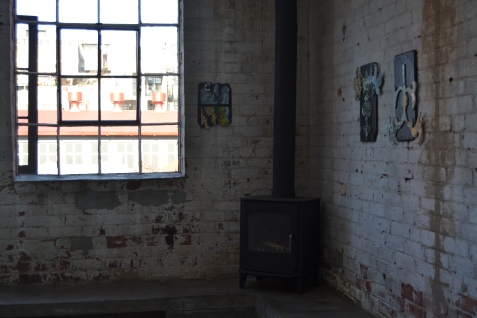 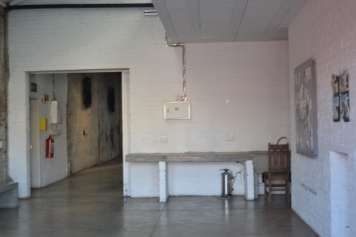 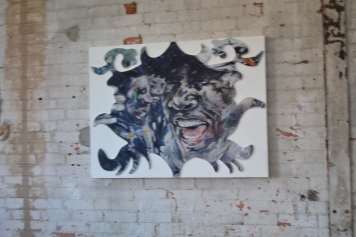 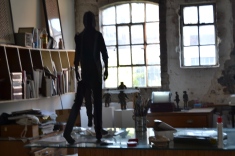 None of the galleries had work by South Africans of Chinese descent. Photos: Thuletho Zwane

The little white dress (Lwd) made its debut today after my mentor, art journalist Karabo Kgoleng, adviced me to “dress immaculate” for gallery runs.  This was after my colleague and I were turned away at the Standard Bank Art Gallery because “we didn’t have an appointment”.

Dressing up is always distressing for journos’ because we don’t dress up or have anything “dress uppy” to wear.

I dug deep in my wardrobe and found the little white dress. This was the closest item I had to “immaculate” and prayed I would not be snubbed by the gatekeepers of the art world.

My first stop was at Maboneng precinct, hippie central and my second home since the inception of this project. The gallery run started at David Krut. Inside I found a print maker by the name of Kim-Lee. I immediately gave thanks to the Art gods who were obviously very impressed with the little white dress and slim belt to match.

“I’m not Chinese,” she said as I approached her.

“Oi this deep voice of mine that penetrates walls,” I thought as I realised she may have overheard the conversation I had with the receptionist. I asked the lady if she knew any  Chinese South African visual artists and she pointed me in Kim-Lee’s direction.

“Oh, that’s alright,” I said coolly, tightly holding my notebook “I am working on a feature article as part of the Chinese-Johannesburg research project, I was hoping I could ask you a few questions.”

“Yes you can but I hope you don’t mind me talking to you while working,” she said as she pulled out a large piece of paper with markings from what I discovered was a printer. This printer was not attached to a plug. Anything without a power button is a mystery to me.

However, she noted there was no parallel between the manner in which art and artists were perceived in China and the way the Chinese South African community viewed art.

“In South Africa, art is viewed as a non-profession but in China, it is placed on the same level as doctors,” she said.

She mentioned the difficulties migrant communities face and how survival would require them to focus on more practical professions, “This could be the reason there aren’t many Chinese South African visual artists.”

Tim, who was facebook’n, refused to answer the questions: “I don’t want to say anything that could potentially paint the galley in a negative light.”

To make up for his non-compliance, he offered me inside S13Q13 Samsung and Art and suggested I read the article Joburg meets Seoul, an online conversation between a South African visual artist and a Korean one.

I made my way to Kim Lieberman’s studio.

“You are looking for a Chinese South African visual artist? I don’t think you will find one. Do they exist?”

Kim is a conceptual artist and she was working on a piece a client was about to collect when she agreed to be interviewed.

“The strangest thing is when I was at school, a long time ago, I never saw any Chinese people and there were other minority groups,” she said.